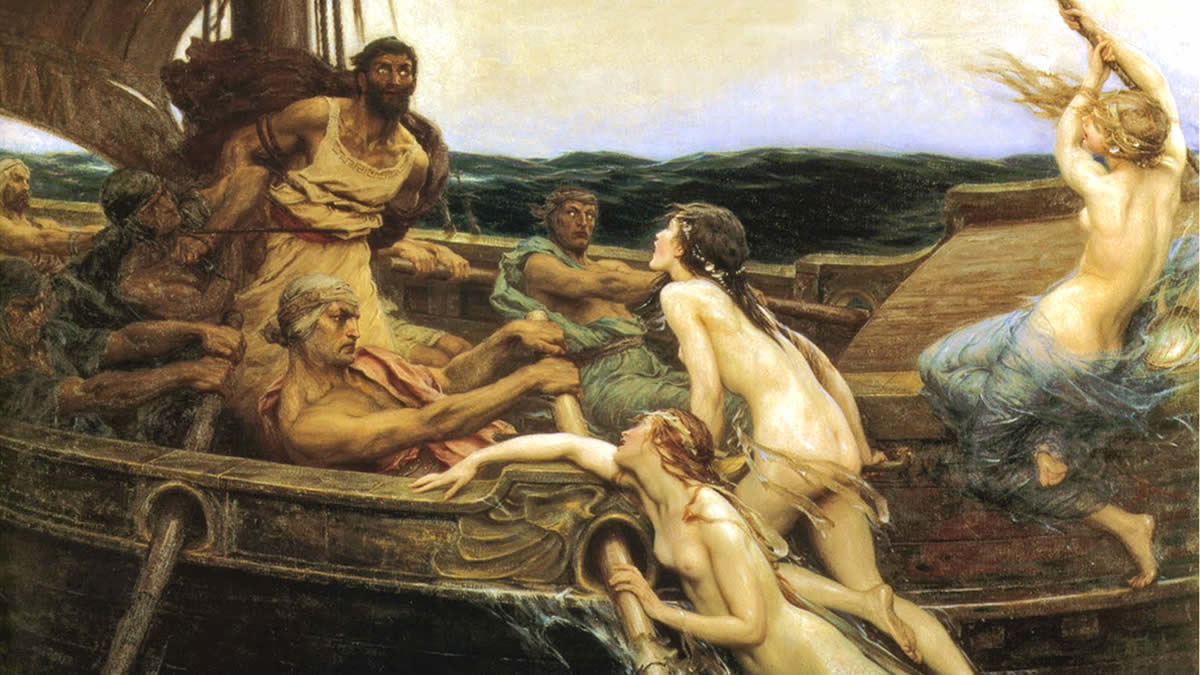 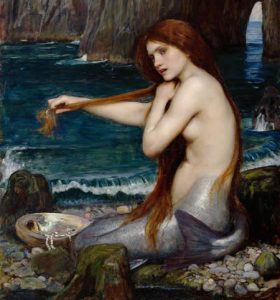 I would be a mermaid fair;
I would sing to myself the whole of the day;
With a comb of pearl I would comb my hair;
And still as I comb’d I would sing and say,
‘Who is it loves me? who loves not me?’
I would comb my hair till my ringlets would fall
Low adown, low adown,
From under my starry sea-bud crown
Low adown and around,
And I should look like a fountain of gold
Springing alone
With a shrill inner sound
Over the throne
In the midst of the hall;
Till that great sea-snake under the sea
From his coiled sleeps in the central deeps
Would slowly trail himself sevenfold
Round the hall where I sate, and look in at the gate
With his large calm eyes for the love of me.
And all the mermen under the sea
Would feel their immortality
Die in their hearts for the love of me.

But at night I would wander away, away,
I would fling on each side my low-flowing locks,
And lightly vault from the throne and play
With the mermen in and out of the rocks;
We would run to and fro, and hide and seek,
On the broad sea-wolds in the crimson shells,
Whose silvery spikes are nighest the sea.
But if any came near I would call and shriek,
And adown the steep like a wave I would leap
From the diamond-ledges that jut from the dells;
For I would not be kiss’d by all who would list
Of the bold merry mermen under the sea.
They would sue me, and woo me, and flatter me,
In the purple twilights under the sea;
But the king of them all would carry me,
Woo me, and win me, and marry me,
In the branching jaspers under the sea.
Then all the dry-pied things that be
In the hueless mosses under the sea
Would curl round my silver feet silently,
All looking up for the love of me.
And if I should carol aloud, from aloft
All things that are forked, and horned, and soft
Would lean out from the hollow sphere of the sea,
All looking down for the love of me.